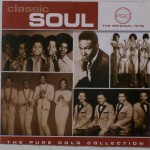 Old School Songs are the remedy for the heart. No matter what you’re going through, there is a song that can express how you feel melodically, but especially when you’re in love! The highs, the lows, and even loneliness has been a reoccurring theme in old school songs. There is nothing better than a good love song. Today’s popular music may cover many aspects of relationships, but rarely is the concept of love expressed as eloquently as the old school songs of yesteryear.

“Always and forever/Each moment with you / Is just like a dream to me/That somehow came true” – What girl doesn’t want to hear that? You can recite these lyrics, and you’re guaranteed to be heard. Even if the tune isn’t dedicated to you, these love songs send your mind day dreaming and help you to imagine what it would be like to experience that kind of love. If on the other hand, you’re experiencing heartache, these same songs will heal your wounds and in the words of Bloodstone you can – “Take to the sky on a natural high…”

In addition to the old school classics that penetrated the heart, some of the greatest love songs ever made were hip hop and 90’s love songs. The artists of these tunes were most often inspired by the old school slow jams played in their homes when the were growing up. LL Cool J surprised his fans when he introduced his hit song titled “I Need Love“. This song is now an old school hip hop classic and its success exposed rap music to a previously ignored demographic and influenced the redirection of LL Cool J’s career.

Naturally, hip hop youngsters would incorporate the themes of old school R&B love songs into their music. The concepts found in these old school love songs were prevalent in the music played around the house while their mother was perhaps, cleaning or preparing dinner. There was an ongoing list of old school love songs like: Between the Sheets by the Isley Brothers, Forever Mine by The O’jays, Billy Paul with Me and Mrs. Jones, and Barbara Mason announcing her preparation to fall in love with Yes, I’m Ready, that echoed apartments, car stereos, barbershops, and street corners around the country.

It would be another 10 years or so before their children would know the passion and experience that made their parent’s so closely identify with the lyrics of these old school songs. However, when their kids later needed a music recipe to turn to for the healing or soothing of their hearts they knew which music catalog to look in.